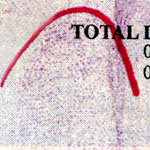 Week #17 was focused on the topic of complex examinations.

The students were able to get a much better understanding of simultaneous and complex impressions by the end of the week. It was also beneficial to have them utilizing the newly acquired information from distortion week to aid them in their analysis. All complex latent prints (37 latent prints) were digital images and were compared on-screen in the classroom. These were extremely complex images and comparisons. The students were instructed to give a definitive answer if possible, but inconclusive would also be considered as an acceptable answer. The students had to present their conclusions on complex comparisons to the class during the week in an attempt to help them verbalize what they were seeing. The students were reminded to be sure of every conclusion during the week, because when they graduate, there are real people behind every latent print image and every case that they work.